You don’t know how dirty the dating apps are doing us?

Not until we go back and start comparing old records.

It might not make sense at first, but facts are facts!!!

Have you ever gone to the store and repurchased a product you have years buying? Only to realize even though the package is still the same, the product doesn’t hold the same quality and quantity as before. Unknowingly, you have been getting ripped off!

A similar concept can be applied to dating apps. Persuading people to pay for the extra features by prolonging the time spent on the app is the primary focus. Who cares if the matches aren’t their type? As long as, they continue swiping, we are good. That is somewhat of the logic behind dating apps nowadays. It is extremely upsetting!

It is not a secret the current dating culture is purely a joke. Matching with someone who wants to put in the time and effort to get to know you is like trying to thread a needle with your eyes close. Impossible!

Then, why do these apps are purposely showing us people who 1) we are physically unattracted to and 2) don’t share the same interests as us? The reason behind it is because they want us to pay for the additional features.

Many blame it on the algorithm, but who develops the algorithm? Those who handle the promotion and manage the apps. Let me tell you; the algorithm doesn’t make itself!

It is a given that every business priority is to be profitable by attracting people back.

At least make it enjoyable by giving us what we deserve a.k.a. decent matches.

The sole reason these apps are successful is mainly due to their subscribers. Then they should be more appreciative by providing better selections and options.

The manipulation these apps have on its user is utterly impressive. Frequently, users will stay longer swiping, believing the subsequent match will be semi-attractive only to be faced with disappointment. Subconsciously, they will invest hours without matching with anyone.

Due to that fact, I deleted all my dating accounts as I was giving the app my time and data while I wasn’t receiving anything in return. For this to work, the playing field needs to be level which hasn’t been in a while (A little dramatic lol).

I have tried many apps out of boredom and curiosity. Witnessing how these apps manage and play with us as if we were puppets how they pleased. Compelling us to pay to receive a batch of attractive guys. Sorry, but that is not what we agreed on.

Ultimately, I decided to email app support to see how they would respond to my question. The inquiry was about; what could I do to improve the selection I was getting. They replied with some generic response full of nothing. While my question was unanswered, I was given access to a paid feature as a form of compensation only to use it partly. Right there, my suspicions were proven correct!!! These dating apps no longer revolve around giving an exceptional experience to their users rather than making money.

It’s sad to notice the dating apps are no longer what they once were! 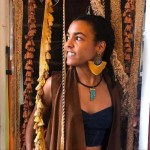